I've been very quiet on my blog for a very long time - I had been blogging a little on my sister-blog (mrspicklefish.blogspot.com), but I've not had a great deal that I can share with you all... I have been beading in secret!

Usually, I get so excited about what I make that I just want to share it with everyone, so making something for a competition, where the entry has to be anonymous is very difficult.  I have blogged before about competitive beading, and how I find it a bit of an odd concept, but I recently made something that I would be willing to submit to a proper beading competition.

In the summer, I started playing around with triangles, making eicosahedra (or icosahedra).  An icosahedron is a platonic solid, made up of twenty equilateral triangles, so I made a couple using peyote stitch. 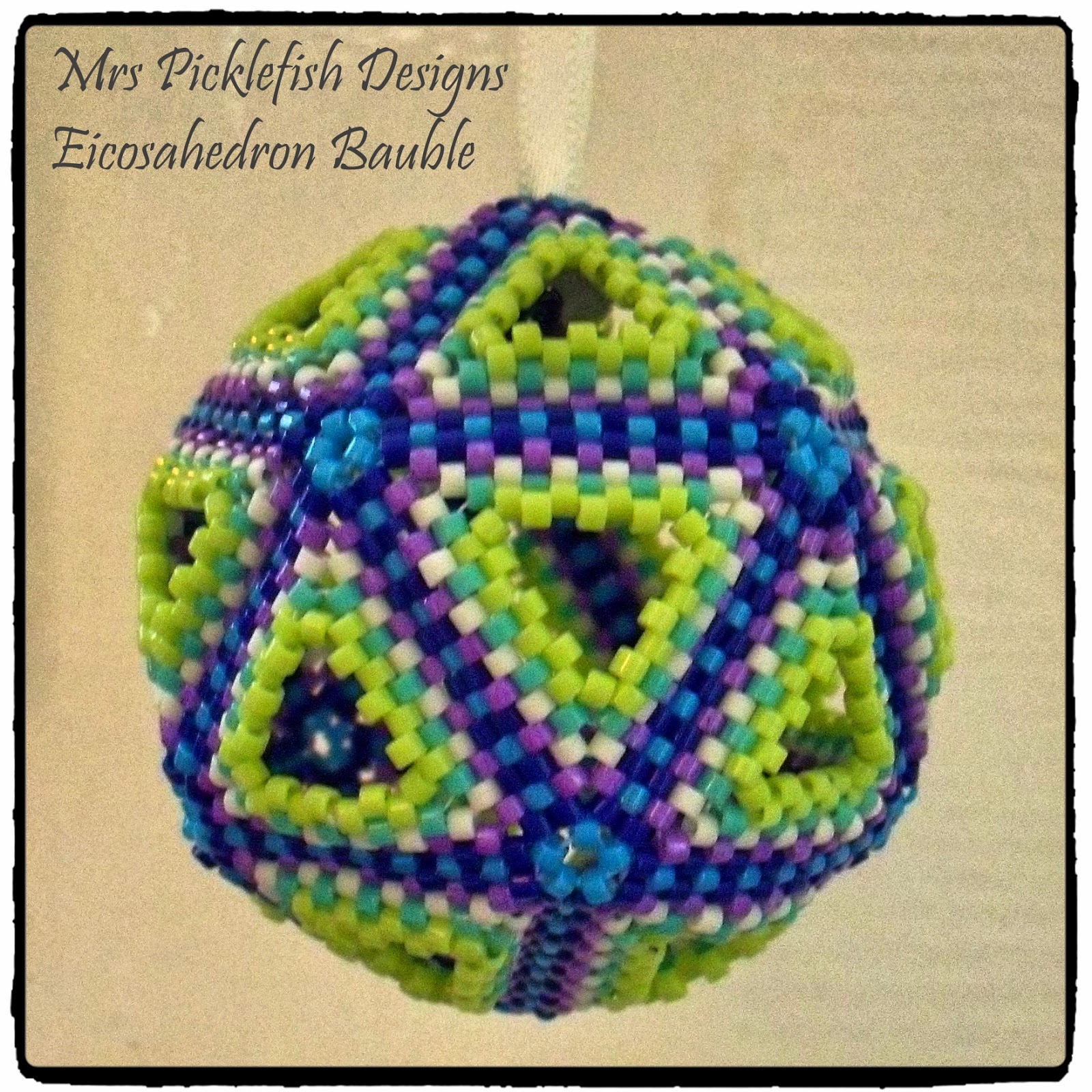 This was my first colour selection - I love the bold bright colours and the contrast of the lime green with the blues and purples. I made a second in pastel tones, which looks a lot more subtle, but is just as pretty. 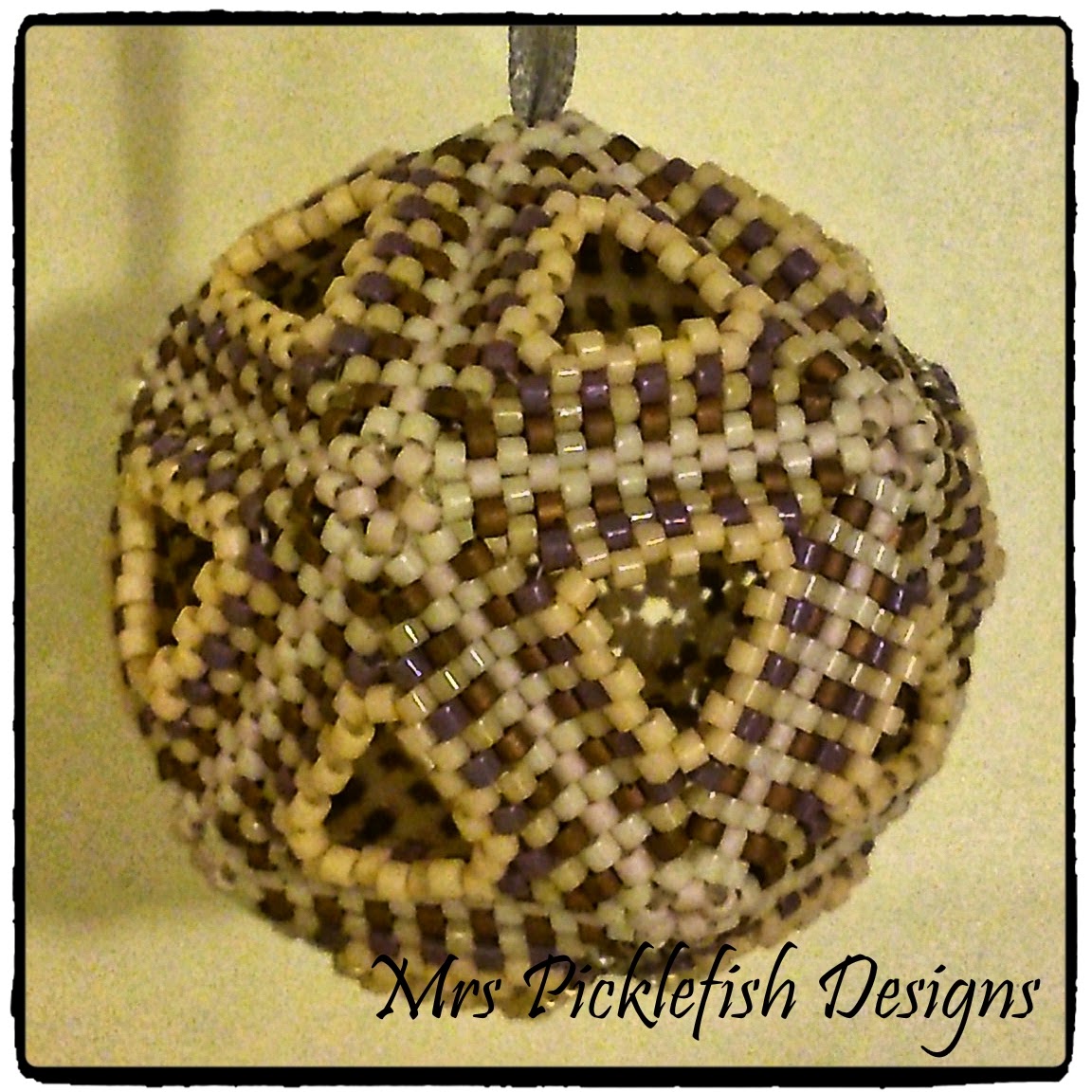 I do confess to being a bit of a geek when it comes to geometry, so I wanted to see where I could take this idea next - so a stellated icosahedron seemed like the next logical step (of course)!  Stellated means star-like, so instead of making a smooth ball, it would be spiky - like a 3D star.

Of course, spikes mean more triangles and more beads.... so I stocked up on some delicas and decided to throw some crystals and pearls in the mix too.

I stuck with the bold colour scheme, but in metallic finishes, and set about to bead sixty more triangles.  You'll soon understand why my stellated icosahedron very quickly got named "Sixty Flippin' Triangles"

The resulting ball of beady spikes was something I was very proud of, and ultimately, I decided to enter it into the British Bead Awards.  I entered it into the 'Beadwork - Non-Jewellery' category. 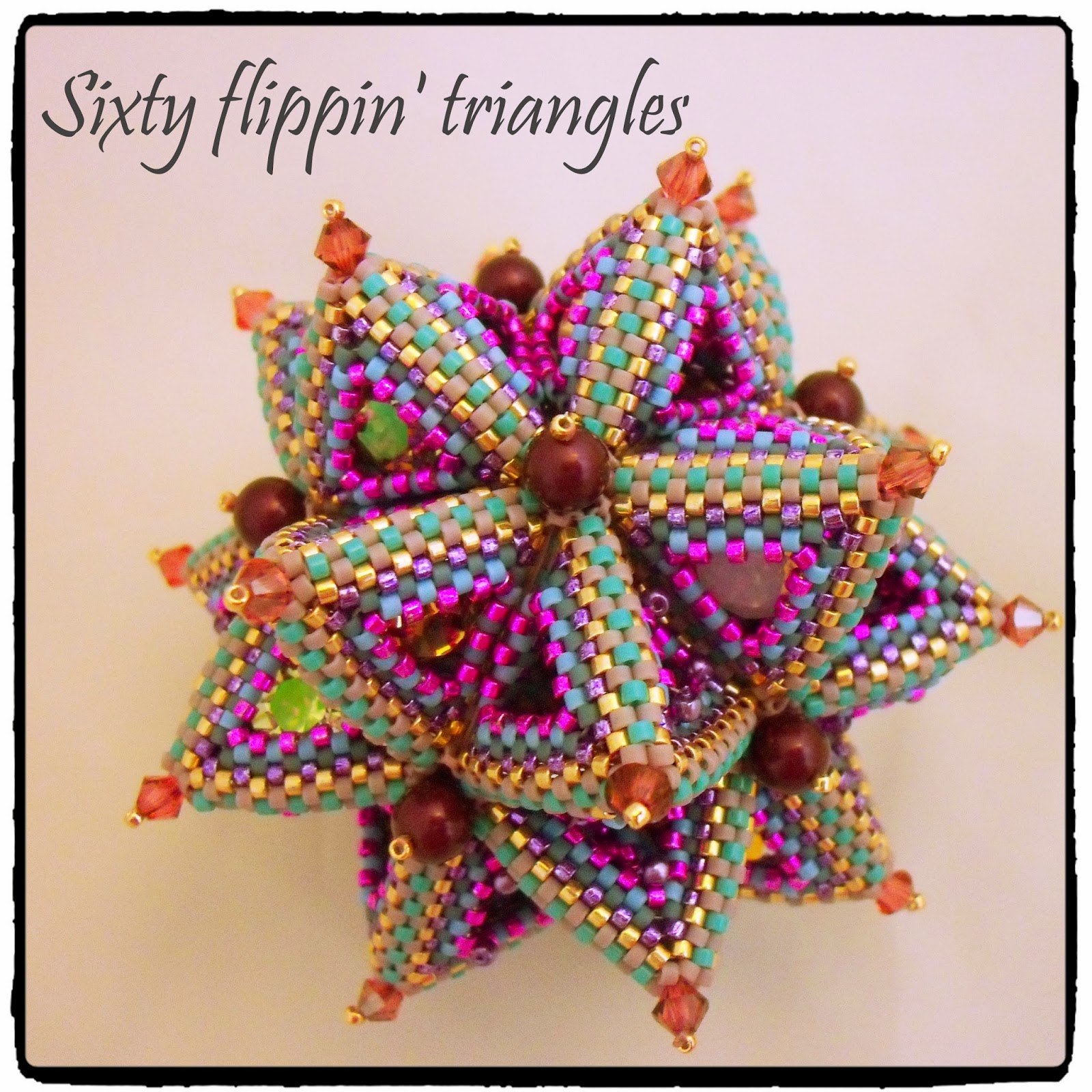 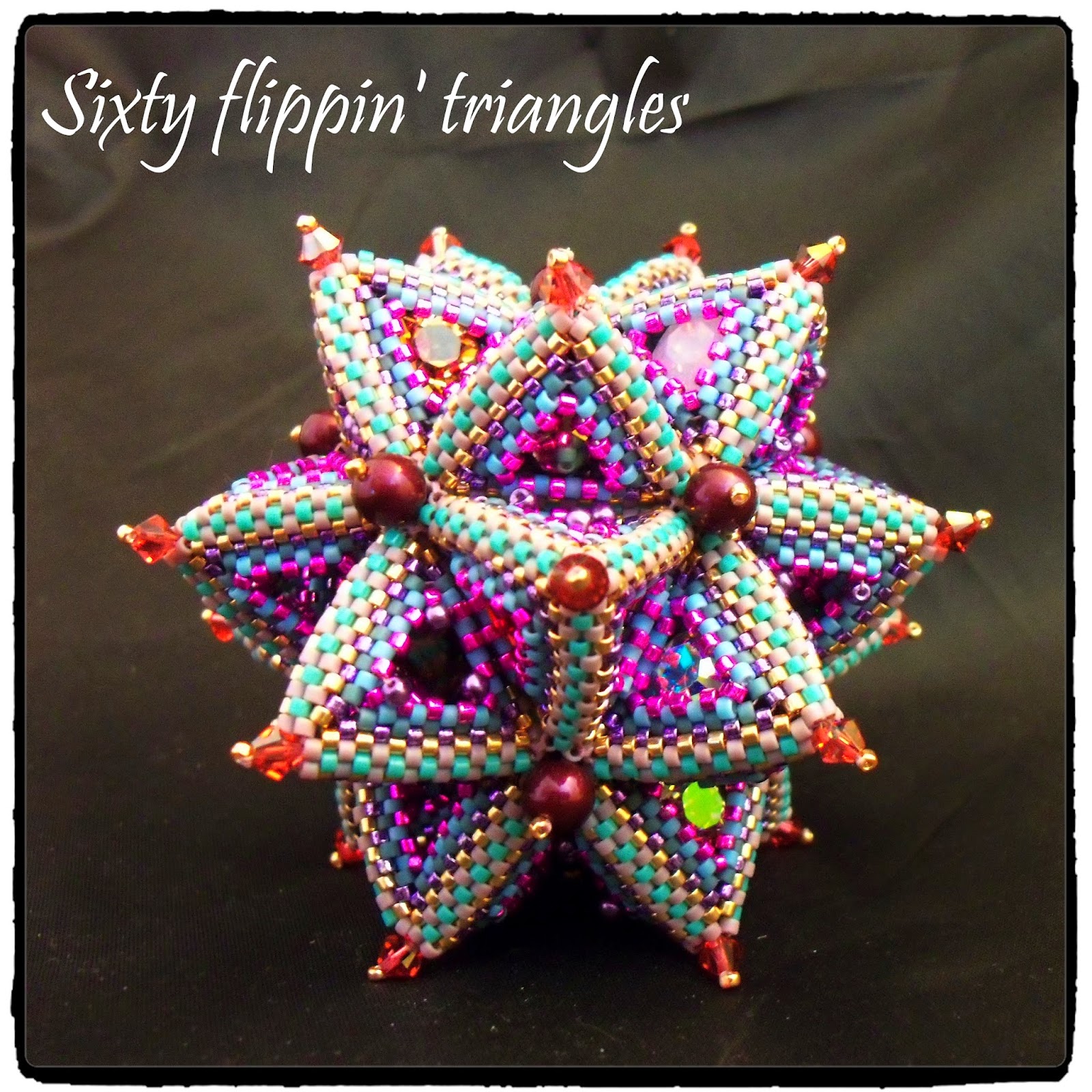 After entering, I pretty much forgot about the fact that I had entered, and to my absolute amazement, I received an email several weeks later telling me I had been selected as a finalist. (I have to confess I squeaked in excitement when I read the email!)

So, my sixty flippin' triangles got sent off to be judged 'in the bead' against the other finalists... and I was invited to attend the award ceremony at The Big Bead show in October.  It was an absolute honour to see my beadwork on display and to overhear people discussing it, but unfortunately, I didn't win any awards.

I'm not deterred though - this journey of making geometric shapes out of beads has really sparked some interest in me, and I think I am now beading my 126th triangle of the year - keep your eyes open for more of my geometric bits and pieces!
Posted by Becs Dean-Skinner at 11:43